This was a very enjoyable project to work on in 2011-2013. the existing house sited on a busy corner

in Glasnevin, Dublin. The existing side extension, shown below was dark, needing re-orientation

to take advantage of views and solar gain to the south. 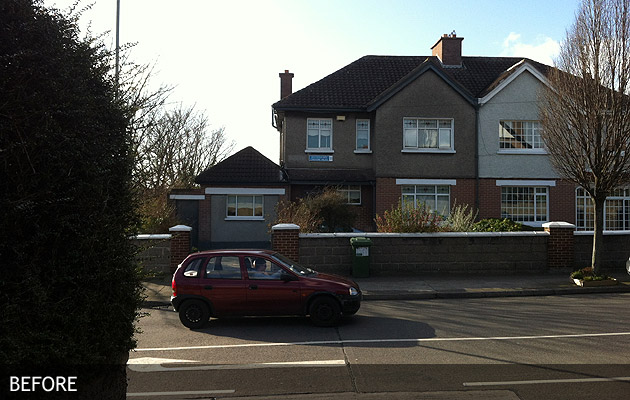 November 2012. Front view of house with its existing side extension (with leaking roof!)

One can also see that just over the wall to the south, was an modest area of public green space, with some

useful trees to provide privacy/solar screening if considered by design 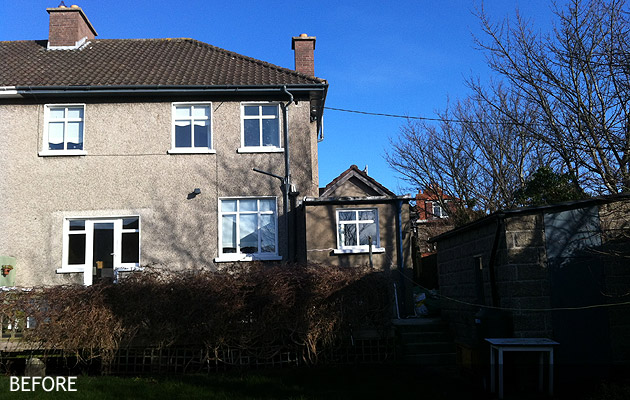 November 2012. Rear view of house with its existing side extension prior to commencement of construction works onsite. 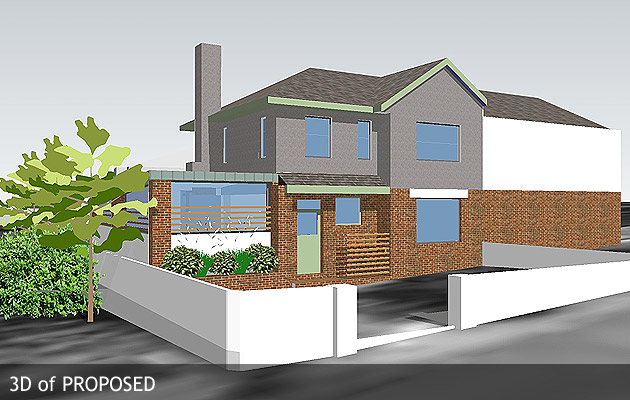 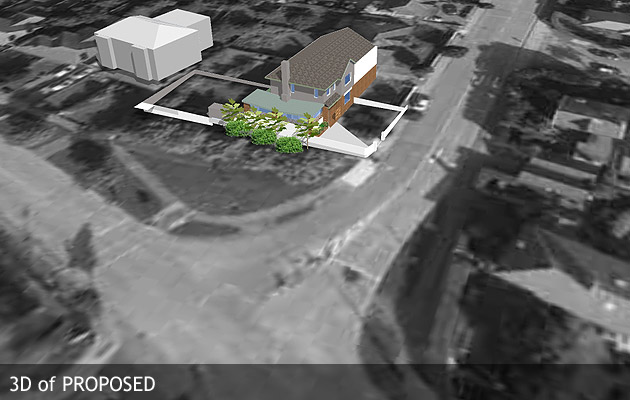 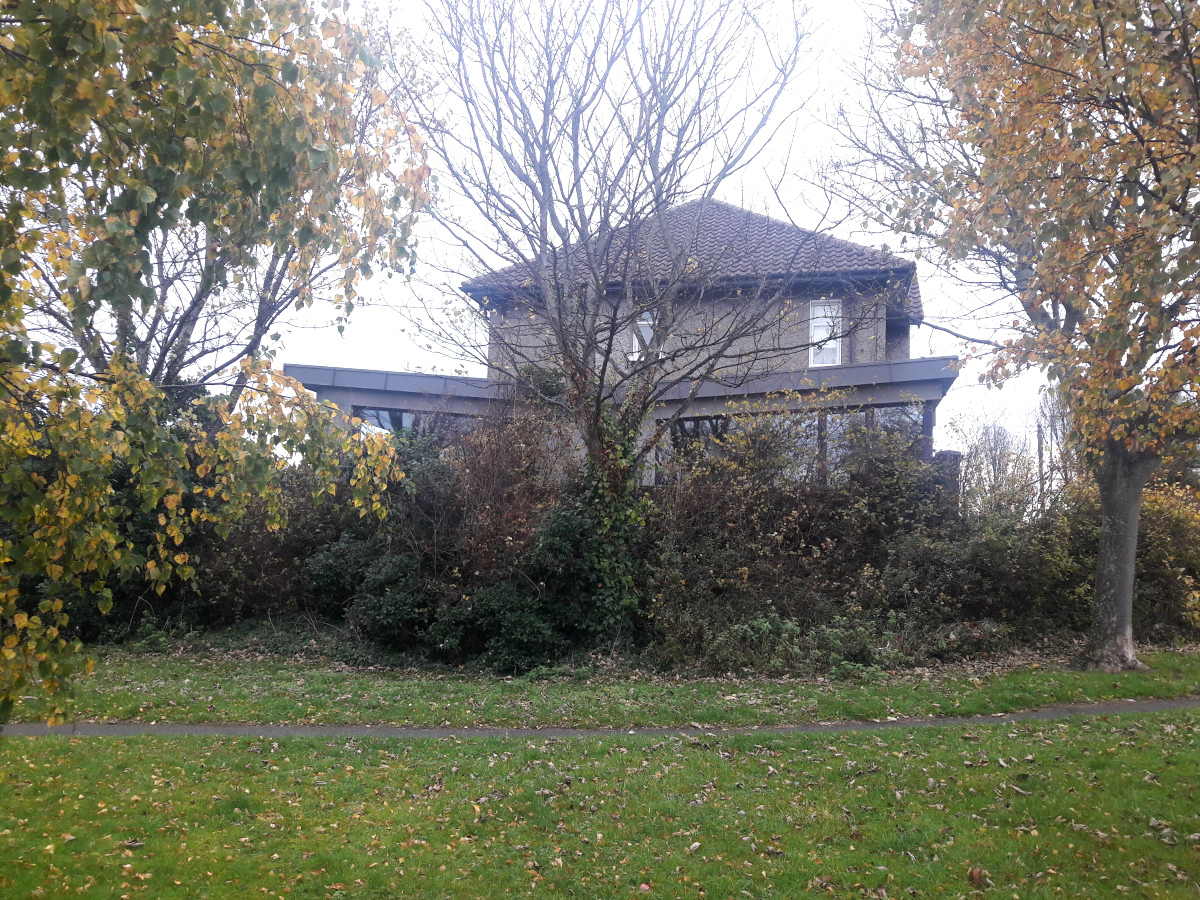 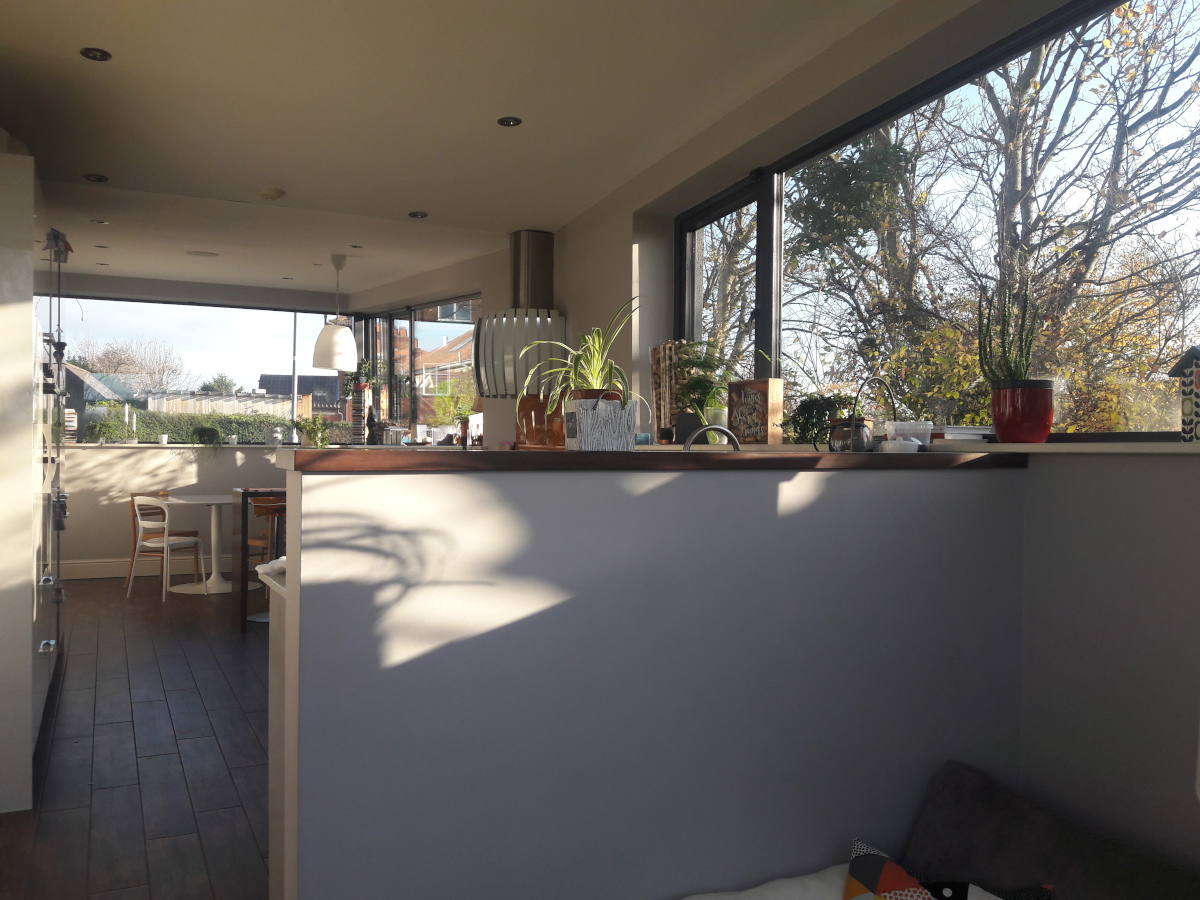 Our proposed replacement of this side extension was planning permission and worked through detailed design. This is a

an uplifting sense of space within this extension.

The most dynamic aspect of this project which I hoped to achieve, was a subtle balance between public and private perceptual

space. Wonderful clients to work with, they came with me in on this journey to achieve an openess to the

immediate public green space available to them, as well as distant open skies and city scape beyond, which are also framed.

Revisiting 5 years later in 2018, our clients are thrilled with the relationship they can have with their city, and still have 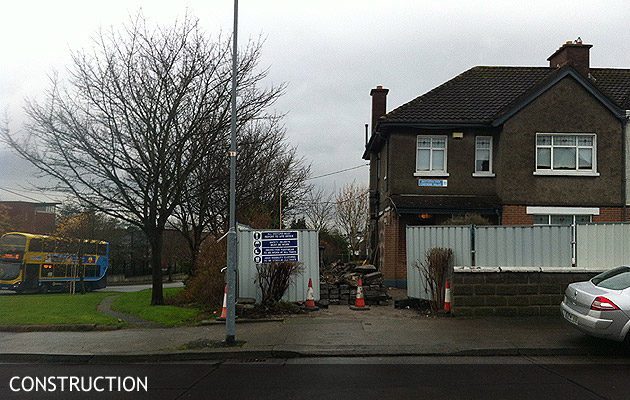 20th December 2012. Front view. In line with clients preference, we have work commenced just before Christmas.

Old side extension is knocked and cleared and grounds are prepared for new foundations. 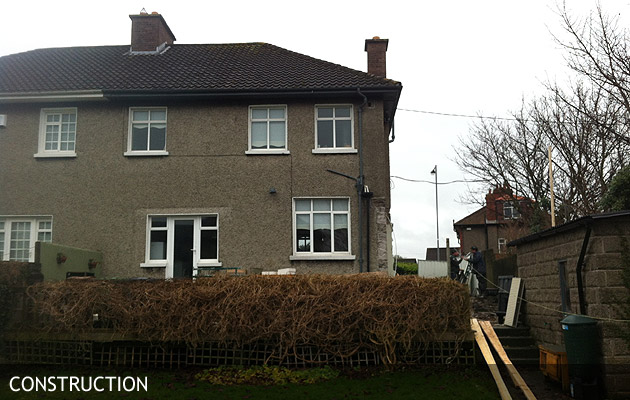 being erected, and opes for walls and windows to maximise natural light being formed.

31st January 2013. Side view. Side alley to be maintained for clients access to rear garden. 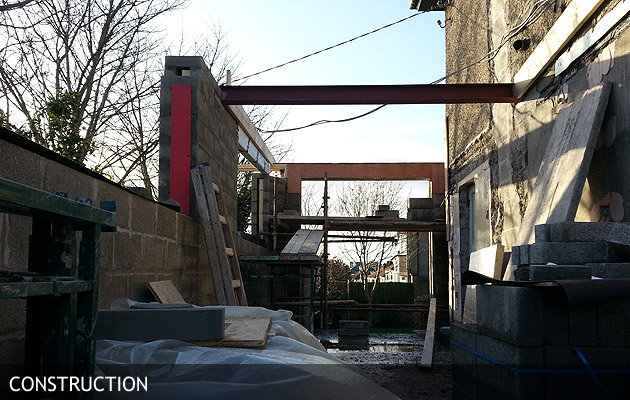 14th February 2013. View from front of extension. Major steel members to roof are in place, and to the left

the blockwork shows the large wedge shaped window opes to the southern aspect. 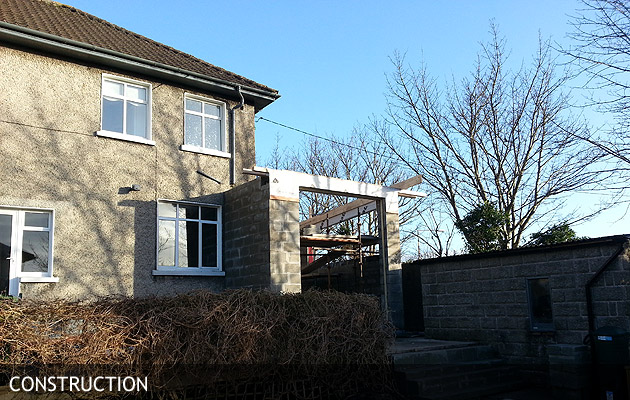 14th February 2013. View from the rear garden. Again the shape of the roof and walls which determine the

glazed openings are apparent. The large opening you see here will frame a sliding door with fanlight over

overlooking the rear garden below, and natural light from the evening setting sun. 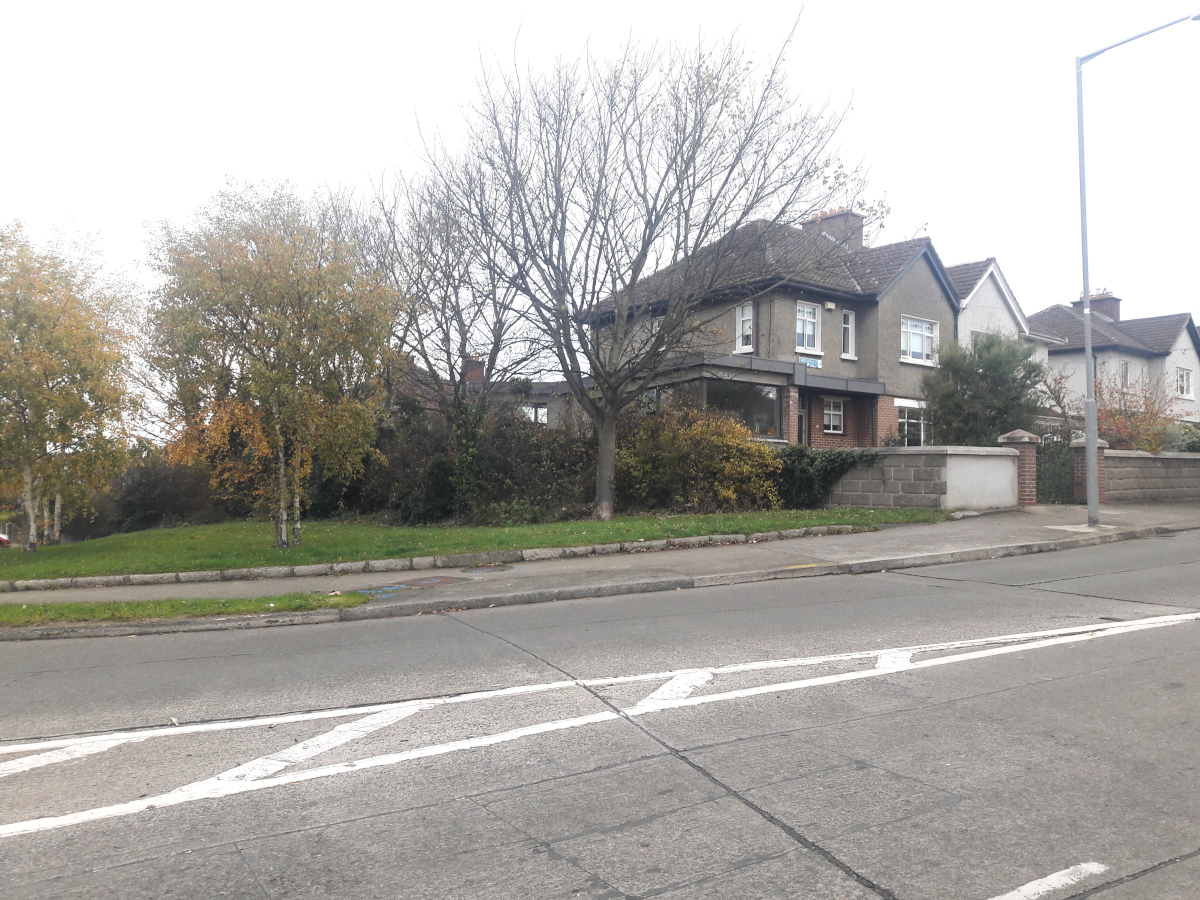 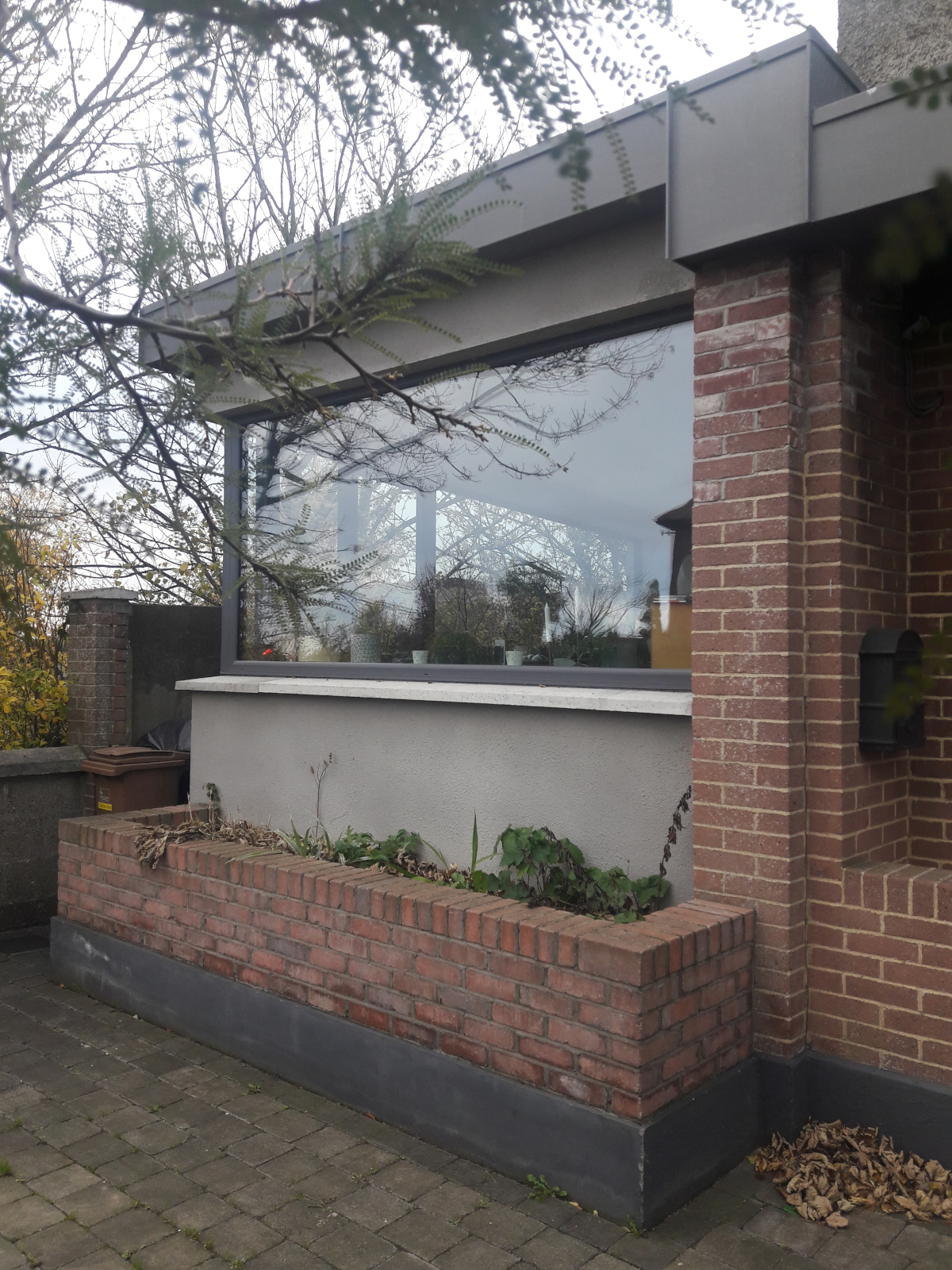